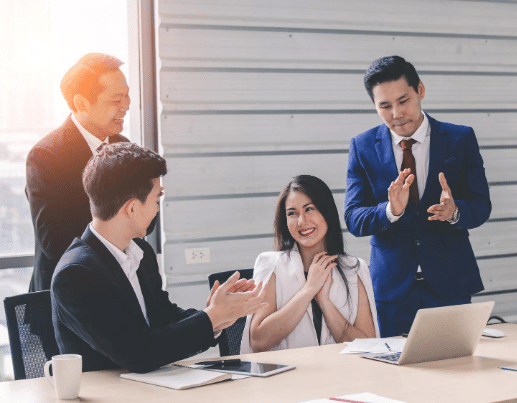 Yes! I am talking to you…enough of blaming others for limited career growth, poor management, etc. It’s high time to be that ‘irreplaceable’ employee. It’s your turn to develop Intrapreneurship in you.

Ken successfully developed a CD-ROM-based system for Nintendo. Ken Kutaragi visualised the business opportunity of computer gaming systems for Sony. With his Intrapreneurial spirit, Ken pushed hard to convince the Sony Corporation to enter the electronic gaming business. His persistence paid off and he went on to lead the effort to help Sony develop its own gaming system. This went on to become a blockbuster product success we all know as ‘PlayStation’.

Sony backed Ken’s Intrapreneurial venture by investing $2.5 billion into the PlayStation start-up, and has gone on to build over 70% market share in the global home video game console market. Ken’s Intrapreneurial success has been called one of the greatest new business creations and launches in business history.

Animator John Lasseter was fired from Disney after suggesting the company get into computer animations. After all, he was just an artist. He went on to work for a division that later became Pixar. Here his interest in CGI was not only appreciated, but led to several hits like Toy Story and A Bug’s Life. Eventually, Pixar was sold to Disney. Lasseter went on to become Chief Creative Officer of Walt Disney Animation Studios.

There are many examples of employees who has shown Intrapreneurship. Cheryl Pohlman (Kodak), Jeri Yoshizu (Toyota). If they can…then what is stopping you?

Entrepreneurial employees don’t always make it at large old-world companies. But, as the ability to innovate has now become a competitive advantage, even a requirement for survival, such large legacy companies need ways to retain people who can pull off innovative ideas. These employees recognize opportunities, and have the drive and persistence to make them happen.

If you want to be the ‘Irreplaceable Employee’, adapt the following 3 traits of ‘Intrapreneurs’

Driven To Come Up With New Ideas:

They are not satisfied with a job where they show up every day, follow orders, and go home. They want to do more, to achieve more ultimately, to have some degree of control over what they are doing. You will find these employees willing to follow through on their ideas with passion, taking ownership of some small part of the organization.

Every business that exists represents a risk that someone was willing to take, and it’s similar for Intrapreneurial employees. They are not paralyzed in situations where the outcome is unclear and potential failure presents risks. If anything, they are energized by that sense of desperation and driven to come up with the best solution. Intrapreneurs aren’t afraid to change course, nor do they fear failure. They have an inner confidence and courage to believe that every step takes them closer to their ultimate goal.

They want to know how they are doing, what they are doing well, and where they can improve. That thirst for information spreads to the rest of the business, too, and they are always looking for ways to do things better. An entrepreneur “gets it” and does their work in a way that shows the organization they are someone it can’t afford to lose. The money and advancement finds them.

Konosuke Matsushita, one of the business titans of the 20th century, said: “Think like an entrepreneur, not a hired hand.”

Apple, Motorola, Mitsubishi, 3M, and Johnson and Johnson are all well known examples of large organizations that practice and develop intrapreneurship today.

If you want to become that irreplaceable ‘Intrapreneurial Employee’, check out the coaching programs offered by Soaring Eagles. This program helps you develop into a highly productive, creative thinking leader who can communicate their ideas with confidence and influence people. Those who have stayed the course and followed the strategies, have risen from a sea of mediocrity in the workplace and emerged as Intrapreneurs!